The Polished Hoe: A Novel (Paperback) 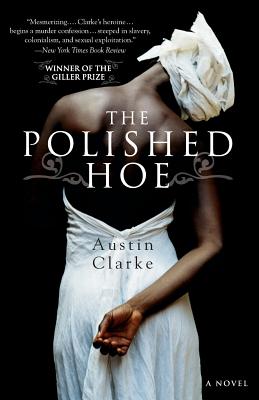 When Mary-Mathilda, one of the most respected women of the island of Bimshire (also known as Barbados) calls the police to confess to a crime, the result is a shattering all-night vigil that brings together elements of the island's African past and the tragic legacy of colonialism in one epic sweep.

Set in the West Indies in the period following World War II, The Polished Hoe -- an Essence bestseller and a Washington Post Book World Most Worthy Book of 2003 -- unravels over the course of twenty-four hours but spans the collective experience of a society characterized by slavery.

Austin Clarke is a professor of literature and has taught at Yale, Brandeis, Williams, Duke, and the Universities of Texas and Indiana. He assisted in setting up a Black Studies program at Yale in 1968, after which he became the cultural attaché of the Embassy of Barbados in Washington, D.C. Culminating with the international success of The Polished Hoe, which won the Giller Prize, the Commonwealth Writers' Prize, and the Trillium Prize, Austin Clarke's work since 1964 includes eleven novels, six short-story collections, and four memoirs. He lives in Toronto.

“The beauty of the novel...lies in the poetry of its telling and the marvelous voice of Mary-Mathilda...a marvelous creation. It bubbles with the voices of a now-vast literature of the African diaspora.”
— Washington Post Book World

“Lyrical...seductive...hypnotic....In this politically engaged novel, we are reminded that when it comes to colonialism, one never comes to any sort of final understanding.”
— Houston Chronicle

“Endlessly fascinating...creatively executed....[The Polished Hoe] is certain to be met with critical acclaim in the U.S.”
— Booklist

“Uncommonly talented, Clarke sees deeply, and transmits his visions and perceptions so skillfully that reading him is an adventure.”
— Publishers Weekly

“If the literary gods are feeling fair, Clarke will now receive attention from U.S. readers.”
— Fort Worth Star-Telegram