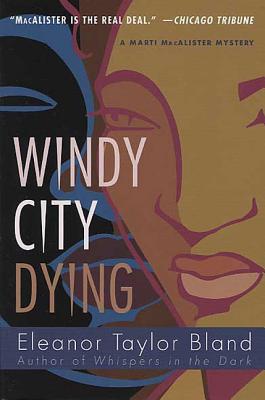 Marti MacAlister, Eleanor Taylor Bland's popular African-American heroine, is forced to confront some extremely personal demons from long ago-her husband Johnny MacAlister is long-buried, but now someone from Johnny's past is back, looking for him, and Marti fears she knows who it might be.

In the meantime, her work as a suburban Chicago homicide detective has taken her back in time in another way, to a group of children she once counseled, each now four years older and with four more year's worth of problems. There's LaShawna, now seventeen and with her own four-year-old daughter; Padgett, all grown up at twelve but still living with his alcoholic mother; and then Jose, fifteen, who's in the most trouble of them all. He's been accused of murder, but the Jose that Marti remembers could not have committed such a terrible crime. Her first step is to find out what could have happened in the past four years to lead Jose to such a desperate act, and she hopes her second step will be to prove his innocence.

It won't be easy, though; just what's going on with this tight group of kids, and how does it relate to the increasingly foreboding sense of doom Marti gets about the mystery man who's nosing around the remnants of her distant past? She's not sure, but she knows she must figure it all out, and soon, before another of the children, or even Marti herself, falls into grave danger. Windy City Dying is another taut, absorbing read from one of the masters of mystery fiction.

Eleanor Taylor Bland is the author of the Marti MacAlister Mysteries, including Windy City Dying, Fatal Remains, A Cold and Silent Dying, and A Dark and Deadly Deception. She lives in Waukegan, Illinois.

"Bland writes with conviction and a welcome hint of fury about the lost children [the grown-ups] fail to help." - The New York Times