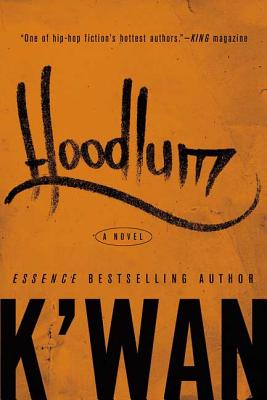 He set out to be the good son, but the streets had a different plan.

Born to one of the city's most notorious crime families, Shai Clark has always managed to be a good kid. A college hoops star, Shai shunned the world that his father had created and focused on his dreams of going pro. Tommy, Shai's trigger-happy older brother, is next in line for the throne and rules under his father through brute force. But Poppa has bigger plans for Shai.
The situation soon turns ugly when Poppa is murdered and Tommy is removed from the equation. Suddenly Shai finds himself at the head of his father's empire and the streets are thrown into chaos. It is then that he must decide whether to pursue his own dreams or put his father's affairs in order. Unable to sit idly by while the Clarks' underworld empire is pillaged, Shai takes up his father's mantle and brings his game to the streets. He quickly learns that there are two sides to every coin, and the streets hold no mercy for the weak.
Hoodlum chronicles three generations of Trinidadian immigrants and their rise to power in the New York City heroin trade.
A K'wan classic.

K'WAN is the #1 Essence bestselling author of Welfare Wifeys, Section 8, Gutter, Still Hood, Hood Rat, and others. He wrote his first novel, Gangsta, as a therapeutic release, and it went on to become an Essence bestseller and a part of urban-lit history. In 2008 he received the Black Author of the Year Award from Black Press Radio. He has been featured in Time, KING, The New York Press, and on MTV and BET. Besides an author, K’wan is also a motivational speaker, a mentor to at-risk children and the C.E.O of Black Dawn, Inc. He lives in New Jersey.

“The legacies of Iceberg Slim and Donald Goines are forever preserved…. [Street Dreams] is as real as it gets.” —Upscale on Street Dreams

“K'wan has really outdone himself on this one…. A must-read for fans of urban fiction.” —Shannon Holmes, national bestselling author of Bad Girlz and Never Go Home Again, on Street Dreams