A Shell of a Problem: A Sanibel Island Mystery (Paperback) 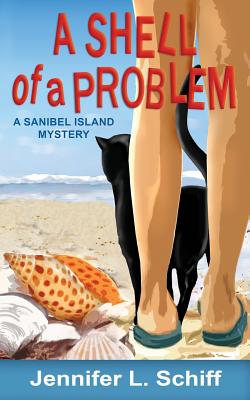 When investigative reporter Guinivere Jones finds herself out of a husband and a job, she decides to leave dreary New England and move to sunny Sanibel Island, Florida, the seashell capital of the United States. But all is not sunshine and seashells on Sanibel. And when the star attraction of the annual Shell Show, a rare shell known as the Golden Junonia, goes missing, and Guin stumbles across the dead body of the chief suspect a few days later, she is determined to find the missing mollusk and the murderer. Along the way, she finds buckets of shells and suspects--and a little romance, too. The first book in the Sanibel Island Mystery series, A Shell of a Problem introduces readers to Guinivere Jones, ace reporter for the Sanibel-Captiva Sun-Times, her two faithful feline companions, Flora and Fauna, the beautiful island of Sanibel, and a host of memorable characters.