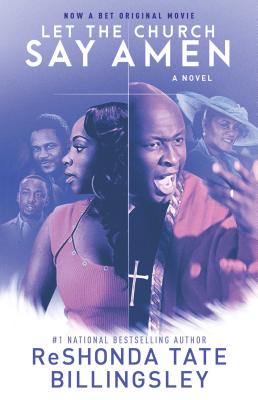 Award-winning author ReShonda Tate Billingsley delivers a bold and heartwarming story of family and faith about a man who has succeeded as a reverend and failed as a father.

Reverend Simon Jackson has always felt destined to lead and he’s done a good job of it, transforming his small Houston church into one of the most respected and renowned in the region. But while the good Reverend’s been busy tending his flock, his family’s gone astray.

His nineteen-year-old daughter, Rachel, gives new meaning to “baby mama drama.” Crazy in love with her son’s father, she's wreaking havoc on the man’s life, even though he's about to marry another woman. David, Simon's oldest at twenty-seven, has been spiraling downward ever since a knee injury ended a promising football career. These days he’s seeking solace in drugs—even feeding his habit by stealing church offerings. Blessedly, twenty-three-year-old Jonathan, a college graduate and the apple of Simon’s eye, is poised to take his father’s side as associate pastor—or so everyone thinks. Loretta has been a devoted wife to Simon, but she’s beginning to realize that enabling him to give more to the church than to his children was her biggest mistake. As things begin to fall apart and secrets are revealed, will Loretta be able to help her husband reunite their tattered family before it’s too late?

Let the Church Say Amen is a powerful journey through one family’s trials—and a remarkable story of reconciliation and love. When things are down to the wire will Reverend Simon Jackson choose to fight for his family or the congregation?

ReShonda Tate Billingsley’s #1 nationally bestselling novels include Let the Church Say Amen, I Know I’ve Been Changed, and Say Amen, Again, winner of the NAACP Image Award for Outstanding Literary Work. Her collaboration with Victoria Christopher Murray has produced four hit novels, Sinners & Saints, Friends & Foes, A Blessing & a Curse, and Fortune & Fame. BET released a movie in 2013 based on ReShonda’s book Let the Church Say Amen in which she had a minor role. She also had a role in the made-for-TV movie The Secret She Kept based on her book of the same title. Visit ReShondaTateBillingsley.com, meet the author on Facebook at ReShondaTateBillingsley, or follow her on Twitter @ReShondaT.