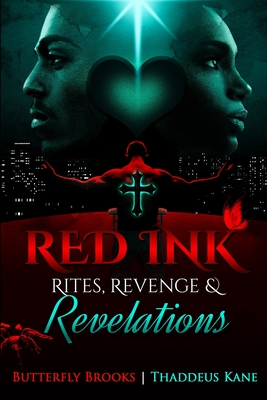 In this sequel to Red Ink Bosses, Bullies, and Butterflies, the urban fiction industry has suffered a major blow with one of their beloved dead and the killer still at large. Geronimo Blackfoot, Chief of Investigations for Seminole City Police is on the case. Hiram Rivers, is a wreck, nursing his emotional wounds in the aftermath of murder. His wife Georgette reluctantly rises to the occasional throne of their firm, Dominion Publishing, manning her battle station for the onslaught of legal threats and corporate espionage that are upon them regarding Kendali Grace's final installment of her wildly popular book series, The Vixen Notebook. To release or not to release, that is the question. Hiram's former right hand at Dominion MoniQue Ellis has left him and is contemplating the possibility of establishing her own book business with Maceo Grant, chieftain at Gutta Butta Books. Maceo and his wife Nikki Pearl struggle to found their love again. Will their efforts prove successful especially in the face of a full fledged murder investigation? Will Nikki hold Mace down this time? Lesli Lyn Faulkner continues to expand her brand as Butterfly Brooks, The Empress Butterfly of The Kaleidoscope, her world famous blog with the full support of her boss Bradford Meade. And while she is excited about her flourishing career, the ghosts of the industry taunt her, haunt her in spite of herself. Grieving the death of one of their pen celebrity faves, urban fiction fans pray unto the cyberspace gods for guidance, healing, and understanding. For the sake of the industry, will the bosses perform the rites? Will the bullies suffer revenge? Will the butterflies heed the revelations?