Who Am I (Paperback) 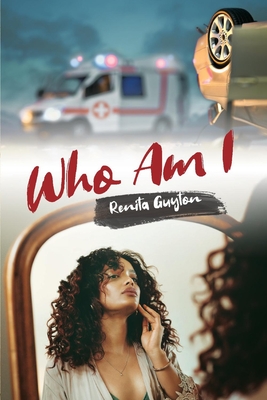 Who Am I is a fictional yet compelling story about a young lady named Dara Mimms who is left to question her real identity after learning that she is not who she think she is. After trying desperately to get away from an abusive boyfriend Dara ultimately finds herself always running in fear for her life in some form or fashion. Dara is recognize about nine years after the car accident by an old friend who knew her as Dara Mimms and not by Chelsey Daniels who she was known as now. The more the old friend tries to convince Dara of who she really is, causes Chelsey to spiral out of control and she collapse to the floor, and has to be rushed to the hospital. While being treated in a mental health facility several personalities other than Chelsey are revealed and an investigation as to who Chelsey really is is conducted. What the investigator unravels may destroy Dara and her family forever.

Renita Guyton is a new and aspiring author with a compelling writing imagination that hooks the readers from the beginning to the end, and leaves them wanting more. Renita Guyton has been assisting with writing of local films with new and striving producers as well as assisting in acting and providing costumes and wardrobes for the past six or seven years. Renita Guyton has an Associates Degree in the field of Psychology; she is known for many good deeds, but her kindness, positive energy, and willingness to help others is what stands out about her the most.