The Color of Justice (Paperback) 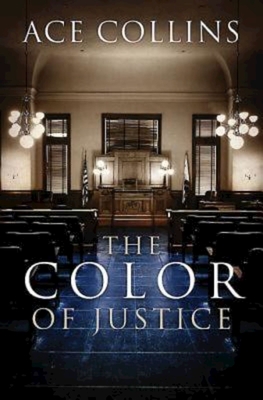 Two racially charged cases. Two attorneys searching for the truth. But only one will stay alive long enough to find it.

Justice, Mississippi, is a town divided. White and black. Rich and poor. Rule makers and rule breakers. Right or wrong, everyone assumes their place behind a fragile fa ade that is about to crumble. When attorney Coop Lindsay agrees to defend a black man accused of murdering a white teenager, the bribes and death threats don't intimidate him. As he prepares for the case of a lifetime, the young lawyer knows it's the verdict that poses the real threat--innocent or guilty, because of his stand Coop is no longer welcome in Justice. As he follows his conscience, he wonders just how far some people will go to make sure he doesn't finish his job?

To some, the result of the trial still feels like a fresh wound even fifty years later, when Coop's grandson arrives in Justice seeking answers to the questions unresolved by the trial that changed his family's legacy. When a new case is presented, again pitting white against black, this third generation Lindsay may have the opportunity he needs to right the wrongs of the past.

But hate destroys everything it touches, and the Lindsay family will not escape unscathed.