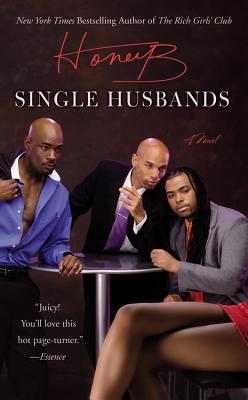 By HoneyB
Email or call for price
Special Order

Herschel has a mistress that he sexes more than his wife, Lexington is making love to as many women as he can, and Brian is sexing women of every ethnicity because he's become bored with his wife. The one thing these men do share, is the fact that neither of them will give up the sexual freedom they enjoyed as single men.

HoneyB is the pseudonym for Mary B. Morrison. Mary B. Morrison, New York Times bestselling author is an author/screenwriter with a multiple book-to-film deal. Mary has seventeen published novels including her newest release, If I Can't Have You.

She writes for Kensington Publishing Corporation as Mary B. Morrison and Grand Central Publishing as HoneyB. In her novels Mary addresses social and sexual issues while empowering her female characters.

"The ultimate feast of lust, love, and irony . . . sizzles with tension and twists. The author's mastery of this genre remains electrifying!"—RT Book Reviews on SINGLE HUSBANDS

"A wild ride . . . will have you staying awake all night just to find out what the wives will do. Kudos to HoneyB."—ApoooBooks.com on SINGLE HUSBANDS

"This quick, titillating read will whet the adult appetite."—RT Book Reviews on MARRIED ON MONDAYS