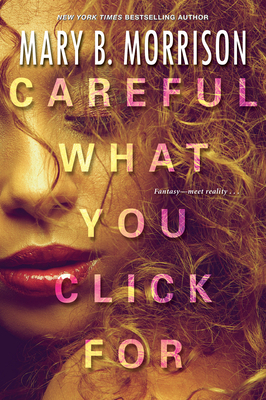 In her most riveting novel yet, New York Times bestselling author Mary B. Morrison delivers an emotional rollercoaster of a tale of four new friends chasing after their heart's desires, no matter the cost...

For Jordan, Victoria, Kingston, and Chancelor, fast-paced Atlanta offers everything their hometowns couldn't. But career success is easy compared to the city's dating scene of users, losers, and gold diggers. So they decide online dating might be the answer--as long as they take precautions, work their perfect odds-beating plan, and have each other's backs. Maybe they'll even find excitement and real love...

An accomplished lawyer, Jordan must look hard at potential suitors. But Terrence seems to be the man of her dreams, until accusations and her career threaten to come between them...Sixty-something real estate pro Victoria thinks young men equal the satisfaction that a good Christian woman like her deserves, but anything-goes sex makes her bet more than she can afford to lose...Basketball star Kingston has the perfect life and wife, but exploring what he really wants on the downlow is a game he may not win...And for marketing guru Chancelor, the Net is a paradise of prey, but the consequences could blow more than his schemes apart.

Soon enough, all four friends' lives are in danger of being upended. And the results could rack up a price no one can pay.

New York Times bestselling author Mary B. Morrison believes that women must shape their own destiny. Born in Aurora, IL, and raised in New Orleans, LA, she took a chance and quit her near six-figure government job to self-publish her first book, Soulmates Dissipate, in 2000 and begin her literary career. Mary is the originating founder of Healing Her Hurt, a nonprofit that helps women recover from abuse. In 2006 she sponsored the publication of an anthology written by 33 sixth-graders. In 2010 and 2014, Mary produced a play based on her novel, Single Husbands, which she wrote under her pseudonym, HoneyB. Her wonderful son, Jesse Byrd, Jr., is the owner of Oiseau.co, lives in Dubai, and is writing novels for young adults. Mary currently resides in Atlanta, Georgia. Visit Mary HoneyB Morrison on Facebook @therealmaryb, Twitter @marybmorrison, Instagram @maryhoneybmorrison, and at MaryMorrison.com.