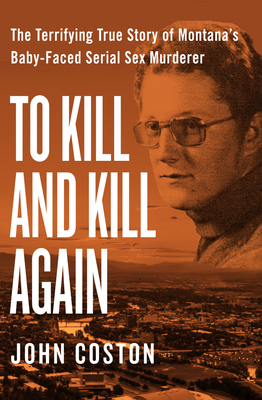 The twelve-year rampage of "Missoula Mauler" Wayne Nance--and the shocking end to his murder spree To his neighbors, Wayne Nance, a furniture mover from Missoula, Montana, appeared to be an affable, considerate, and trustworthy guy. No one knew that Nance was the "Missoula Mauler," a psychopath responsible for a series of sadistic sex slayings that rocked the idyllic town between 1974 and 1986. Nance's only requirement for murder was accessibility--a preacher's wife, a teenage runaway, a female acquaintance, a married couple. Putting on a friendly fa ade, he could easily gain his victims' trust. Then, one September night, thirty-year-old Nance pushed his luck, preying on a couple who lived to tell the tale. A true story with an incredible twist, written by former Wall Street Journal editor John Coston and complete with photos, To Kill and Kill Again reveals the disturbing compulsions of a charming serial killer who fooled everyone he knew, stumped the authorities, terrified a community, and nearly got away with it.

John Coston is a veteran journalist and a former news editor on the national desk at the Wall Street Journal. He has written for the Watertown Daily Times, the Hartford Courant, and the Miami Herald. Coston is the author of two true crime books, To Kill and Kill Again and Sleep, My Child, Forever.