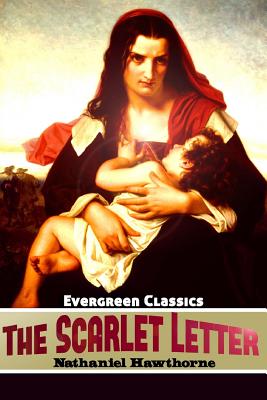 Classics for Your Collection: goo.gl/U80LCr --------- In June 1642, in the Puritan town of Boston, a crowd gathers to witness the punishment of Hester Prynne, a young woman found guilty of adultery. She is required to wear a scarlet "A" ("A" standing for adulteress) on her dress to shame her. She must stand on the scaffold for three hours, to be exposed to public humiliation. As Hester approaches the scaffold, many of the women in the crowd are angered by her beauty and quiet dignity. When demanded and cajoled to name the father of her child, Hester refuses. As Hester looks out over the crowd, she notices a small, misshapen man and recognizes him as her long-lost husband, who has been presumed lost at sea. When the husband sees Hester's shame, he asks a man in the crowd about her and is told the story of his wife's adultery. He angrily exclaims that the child's father, the partner in the adulterous act, should also be punished and vows to find the man. He chooses a new name.

Nathaniel Hawthorne (July 4, 1804 - May 19, 1864) was an American novelist, Dark Romantic, and short story writer. He was born in 1804 in Salem, Massachusetts, to Nathaniel Hathorne and the former Elizabeth Clarke Manning. His ancestors include John Hathorne, the only judge involved in the Salem witch trials who never repented of his actions. Nathaniel later added a "w" to make his name "Hawthorne" in order to hide this relation. He entered Bowdoin College in 1821, was elected to Phi Beta Kappa in 1824, and graduated in 1825. Hawthorne published his first work, a novel titled Fanshawe, in 1828; he later tried to suppress it, feeling it was not equal to the standard of his later work. He published several short stories in periodicals, which he collected in 1837 as Twice-Told Tales. The next year, he became engaged to Sophia Peabody. He worked at the Boston Custom House and joined Brook Farm, a transcendentalist community, before marrying Peabody in 1842. The couple moved to The Old Manse in Concord, Massachusetts, later moving to Salem, the Berkshires, then to The Wayside in Concord. The Scarlet Letter was published in 1850, followed by a succession of other novels. A political appointment as consul took Hawthorne and family to Europe before their return to Concord in 1860. Hawthorne died on May 19, 1864, and was survived by his wife and their three children. Much of Hawthorne's writing centers on New England, many works featuring moral allegories with a Puritan inspiration. His fiction works are considered part of the Romantic movement and, more specifically, Dark romanticism. His themes often center on the inherent evil and sin of humanity, and his works often have moral messages and deep psychological complexity. His published works include novels, short stories, and a biography of his college friend Franklin Pierce.