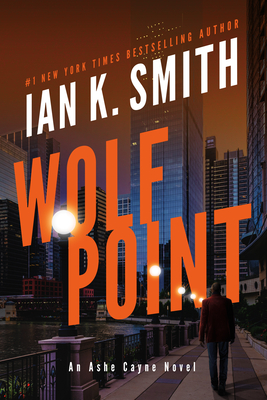 In the second installment of the suspense-filled series from #1 New York Times bestselling author Ian K. Smith, an ex-cop turned private investigator seeks to fight corruption on the streets of Chicago.

A Cadillac, a pistol, and a corpse make for another morning in Chicago. The body belongs to Walter Griffin, a prominent Black Chicagoan insider hailing from the city's West Side. He ascended to the upper echelons of the mayor's office only to meet his end in a watery grave at Wolf Point. Forensics finds his prints on the gun; it's ruled a suicide.

Griffin's children plead with a reluctant Ashe to hunt their father's killer. They know their dad wouldn't have taken his own life without a goodbye. And Ashe knows this town's dark secrets often mean murder is not too far away.

Ashe decides to take on the case and navigate a city rotting with corruption, racial tensions, and sketchy backroom deals. On the bleak streets of Chicago, it's every man for himself--and that makes everyone a suspect.