The Man in My Basement (CD-Audio) 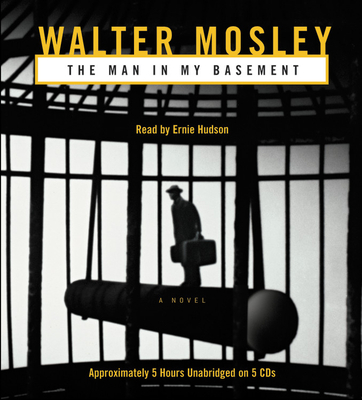 By Ernie Hudson (Read by), Walter Mosley
Email or call for price
Out of Print

Hailed as a masterpiece -- the finest work yet by an American novelist of the first rank -- this is the mysterious story of a young black man who agrees to an unusual bargain to save the home that has belonged to his family for generations.

The man at Charles Blakey's door has a proposition almost too strange for words. The stranger offers him $50,000 in cash to spend the summer in Charles's basement, and Charles cannot even begin to guess why. The beautiful house has been in the Blakey family for generations, but Charles has just lost his job and is behind on his mortgage payments. The money would be welcome. But Charles Blakey is black and Anniston Bennet is white, and it is clear that the stranger wants more than a basement view.

There is something deeper and darker about his request, and Charles does not need any more trouble. But financial necessity leaves him no choice. Once Anniston Bennet is installed in his basement, Charles is cast into a role he never dreamed of. Anniston has some very particular requests for his landlord, and try as he might, Charles cannot avoid being lured into Bennet's strange world. At first he resists, but soon he is tempted -- tempted to understand a set of codes that has always eluded him, tempted by the opportunity to understand the secret ways of white folks.

Charles's summer with a man in his basement turns into an exploration of inconceivable worlds of power and manipulation, and unimagined realms of humanity. Walter Mosley pierces long-hidden veins of justice and morality with startling insight into the deepest mysteries of human nature.

"Will hold readers rapt; it is Mosley's most philosophical novel to date."
—Publishers Weekly

"A provocative, page-turning story that constitutes nothing less than a masterpiece."
—Bookmarks Magazine

"This is fine, provocative writing from the prolific Mosley, whose gifts extend well beyond his excellent mysteries."
—Booklist