A Clean Up Man (Mass Market) 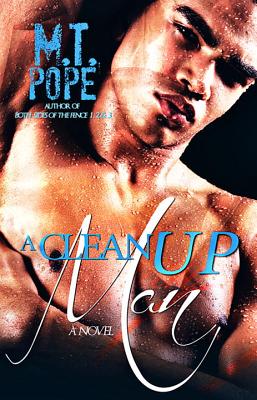 By M.T. Pope
Email or call for price
Special Order

Kraig Holmes is a hard-working independent contractor living in Baltimore. He's an average guy--with one exception. A painful secret haunts him daily. Kraig had a one-time sexual experience with a man he knew little about. It propelled him into a lifestyle of promiscuity and an insatiable appetite for dangerous sex. When the guy disappeared into thin air, Kraig was left hurt and devastated.
Now Kraig has developed a taste for the married men who pursue him while he's working on their homes. When his sexual escapades spiral out of control and out into the open, he quickly tries to get things under wraps. Then the unexpected happens--a chance encounter with his one night stand from college. Kraig is hurt when he discovers the man doesn't even remember him.
Kraig vows to set up the man who turned him out and disappeared. What Kraig doesn't know is that his "victim" isn't the lay-down-and-take-it type. He has a few cards up his sleeve that will deliver damaging blows to Kraig's life. When it's all said and done, the truth with be revealed, and there will be consequences.

Born and raised in Baltimore, M.T. Pope debuted in 2009 with a novel published by Urban Books, Both Sides of the Fence. The book’s success spawned a series of well-received sequels. His other books include May the Best Man Win, Don’t Ask Don’t Tell, and Stick Up Boys.