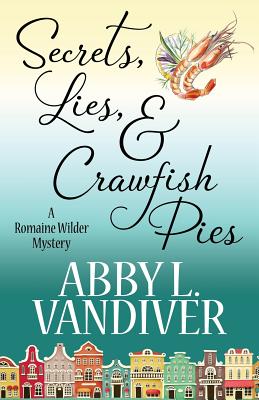 Romaine Wilder, big-city medical examiner with a small-town past, has been downsized and evicted. With few other options, she's forced to return to her hometown of Roble in East Texas, leaving behind the man she's dating and the life she's worked hard to build.

Suzanne Babet Derbinay, Romaine's Auntie Zanne and proprietor of the Ball Funeral Home, has long since traded her French Creole upbringing for Big Texas attitude. She's a member in a number of ladies' auxiliaries and clubs, including being in charge of the Tri-County Annual Crawfish Boil and Music Festival.

Hanging on to the magic of her Louisiana roots, she's cooked up a love potion or two--if she could only get Romaine to drink it. But her plans are derailed when the Ball Funeral Home, bursting at the seams with dead bodies, has a squatter stiff.

Dead Guy is a problem.

Auntie Zanne can't abide by a murderer using her funeral home as the dumping grounds for their crimes, and Romaine doesn't want her newly elected cousin, Sheriff Pogue Folsom, to fail on his first murder case. Together, Romaine and Auntie Zanne set off to solve it.

With a dash of humor, a dollop of Southern charm, and a peek at current social issues in the mix, it's a fun romp around East Texas to solve a murder mystery of the cozy kind.

SECRETS, LIES, & CRAWFISH PIES by Abby L. Vandiver - A Henery Press Mystery. If you like one, you'll probably like them all.