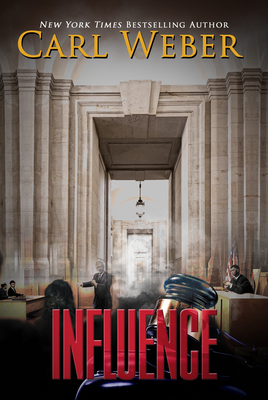 From the New York Times bestselling author of The Family Business crime series comes a deliciously provocative legal page-turner about the Hudson family.

When famed attorney Bradley Hudson learns of his youngest son Langston’s arrest for drug trafficking, he immediately assembles a team of lawyers and investigators, including members of his own family, to build a defense. With his reputation for being a shark in the courtroom, Bradley is confident he will get justice for his son—until he realizes he will be going up against an old foe, Assistant District Attorney James Brown. Is the ADA allowing his personal history with the Hudsons to influence his handling of the prosecution?

To complicate matters, Bradley discovers that his older son, Lamont, a young lawyer and Bradley’s right-hand man, has secretly been planning his exit from the family law firm to get out from under his father’s shadow.

Desiree, Bradley’s only daughter, is fresh out of law school and quite reserved compared to her siblings. She’s the good girl who doesn’t normally like to rock the boat, but in what could be considered the worst of all timing, she is secretly dating a man and a woman, and both relationships are on a collision course. Given the problems her family is facing, now is not the right time for Desiree to introduce more drama to the mix, but she just can’t seem to help herself.

As if fighting for one son’s freedom and fending off the other’s betrayal isn’t enough pressure, Bradley is also in the middle of his own love triangle between his ex-wife, federal judge Jacqueline Hudson, and his current wife and jury consultant, Carla. He knows how much is at stake if his family’s drama spirals out of control, so he’ll do everything within  his power to keep it all together and prevent his son from landing behind bars. With his trademark dramatic style, Carl Weber introduces readers to the Hudsons. Only time will tell if they can stand united, or if the legal dynasty of Bradley Hudson is about to come crashing down.

Carl Weber is the New York Times bestselling author of more than twenty novels and short stories. He graduated from Virginia State University with a bachelor’s degree in accounting and has an MBA in marketing from the University of Virginia. A lifelong reader, Weber wanted to write stories about ordinary people who have crazy things happening in their lives. Now, when he’s not connecting with readers through his books, Weber is finding new talent for his own publishing company, Urban Books. His latest venture is Urban Books Media, a production company that is turning several of his novels into films. The first two projects, The Man in 3B and The Preacher’s Son are available now on Netflix. His television series, The Family Business, aired its first season on BET in 2018.