Keeper of the Souls (Paperback) 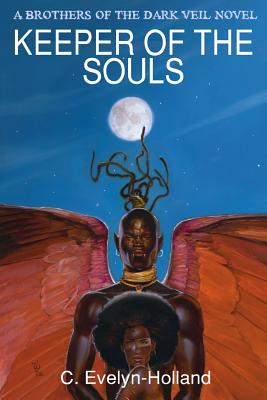 Everyone in the small town of Meridian, Mississippi knew that Elizabeth Anne Fran ois did "spiritual" work. Nobody but God and her hapless victims knew anything about the "soul snatching." After suffering a devastating loss, Elizabeth goes on a murderous rampage and is forced to flee Mississippi with little more than the clothes on her back. She races toward her destiny in Plainfield, NJ, with the souls of her victims stashed inside little black cauldrons, and a very determined FBI Agent hot on her trail.Nephilim "killing machine", Ephraim Armers, is the most hunted male on earth and throughout the Hells. The human authorities want him for murder, racketeering, and conspiracy. Zuet, the fearsome demon who rules over all seven levels of the Hells as "The Satan", has placed a bounty on his head for the wanton murder of one of his sons. And Zion Shemyaza, the Mighty King of the Nephilim, seeks his execution for murdering the wife of a Nephilim aristocrat, and for peddling a deadly drug to members of the Nephilim Nation. According to Nephilim intelligence, Armers was last sighted in Plainfield, NJ.It is the long hot summer of 67'. One urban city after the other is running a relay race toward revolution. Melanated humans are setting cities ablaze while battling against institutions erected by overseers that tote guns instead of whips, and legal repression instead of chains. The baton has already been passed to Newark. It is just a matter of time before nearby Plainfield is "tagged in," and the fickle finger of fate brings these two broken souls together.And when they do.....