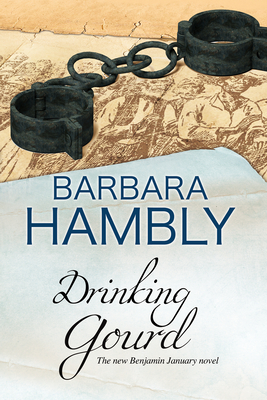 This is book number 14 in the Benjamin January Mystery series.

Benjamin January investigates the murder of a 'conductor' of the Underground Railway, helping slaves to freedom. Benjamin January is called up to Vicksburg, deep in cotton-plantation country, to help a wounded "conductor" of the Underground Railroad - the secret network of safe-houses that guide escaping slaves to freedom. When the chief "conductor" of the "station" is found murdered, Jubal Cain - the coordinator of the whole Railroad system in Mississippi - is accused of the crime. Since Cain can't expose the nature of his involvement in the railroad, January has to step in and find the true killer, before their covers are blown. As January probes into the murky labyrinth of slaves, slave-holders, the fugitives who follow the "drinking gourd" north to freedom and those who help them on their way, he discovers that there is more to the situation than meets the eye, and that sometimes there are no easy answers.