It Should've Been Me (Paperback) 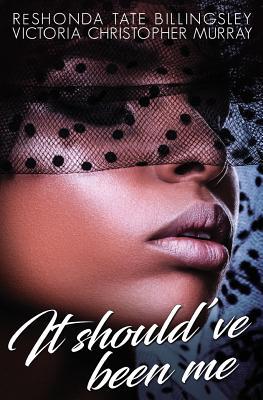 Lights, camera, action...Tamara Collins is poised to become the next great American actress. The problem is Hollywood doesn't know that just yet.....and since her bills aren't paying themselves, Tamara signs on to star in the new stageplay, It Should've Been Me. Get in, get out, get paid...that's all Tamara wants to do. But her co-stars - including Donovan Dobbs, her ex that left her at the altar and Camille Woods, a young starlet with a serious grudge - could make this the worst decision Tamara's ever made. Whatever it takes...Playwright/producer Gwen Tanner Weinstein has decided if her neglectful husband can't give her love, she'll take his money. And use it to make her stageplay dreams come true. She's put together an amazing cast, sold out shows across the country and is ready to take her rightful reign as one of the top play producers in the country. If only she can keep the drama contained to the stage....and that sexy young merchandising guy out of her bed.... From shady crewmembers, to unscrupulous paparazzi, It Should've Been Me is bound to be turned into real life drama that will rival anything that could ever happen on the stage.

ReShonda Tate Billingsley is the author of multiple books, including The Perfect Mistress and Sinners & Saints (also with Victoria Christopher Murray). ReShonda has also worked in the theater world, both behind the scenes and on stage. Victoria Christopher Murray is the author of multiple books, including Lust and Fortune & Fame (also with ReShonda Tate Billingsley). The winner of the NAACP Image Award for her novel, Stand Your Ground, she is always working on her next novel.