Rotten to the Core 2: The Stink of Betrayal (Paperback) 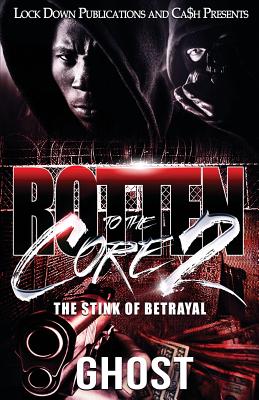 NICO is released from prison and he's on a rampage, with JAYDEN being his main target. The stink of betrayal that his right-hand man left behind when he crossed him smells all across Philadelphia, and boring less than death can erase the stench.

Meanwhile, WHITNEY is caught in the middle of the ensuing bloodbath. Will blood remain thicker than water? Or will she be loyal to the father of the child she's about to bear? One thing for sure, she'll have to choose a side, and neither man will accept her wavering.

With the stakes growing by the day and multiple enemies closing in around him, Jayden plugs in with a relentless crew of young savages who will ride hard for him. But it's going to take a whole ROTTEN TO THE CORE army to defeat Nico.

When the bloodletting comes to an end, there will be no mistake as to who is the boss of the Philly streets.