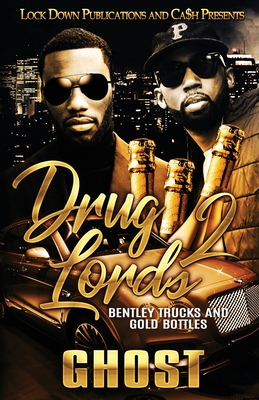 When MAKARONI and STEVO agree to ally with JAMICHAEL in a war against the Duffel Bag Cartel, all hell breaks loose. Sensing the threat, PHOENIX looks to annihilate the trio before they can do any real damage to him and his squad. The heat from his vengeance is so volatile and intense, Makaroni and Stevo must find a way to counter each attack with equal aggression before they become victims of a ruthless drug war. But when JaMichael does the unthinkable and his hands are exposed, his true motives are questioned.
Meanwhile, JAHLIYA looks to emerge as the Queen of the South. At the same time, MONTANA stakes her claim as a true Bosset. But is she being used as a pawn to offset Makaroni's rise to the top? With so much to lose or gain, Stevo's trigger happy and bloodthirsty ways may be the downfall for all of those that roll beside him.
When the money comes in by the ton, there is a deadly price to pay. Many lessons will be taught in blood, pain, and a barrage of bullets. The dope game quickly turns into a ballet of death and sacrifice, as the battle to remain untouchable DRUG LORDS extract as much pain from the participants as it delivers rewards.