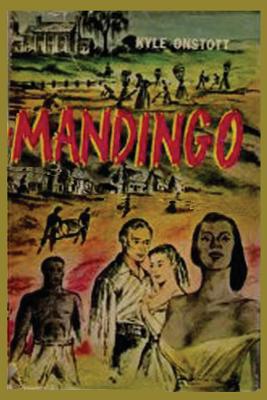 By Kyle Onstott, Sam Sloan (Introduction by)
$29.95
Email or call for price.

This is the original uncut, unedited, uncensored and unabridged Denlinger's 1957 version of Mandingo, a sensational novel based on the Antebellum Period of American history before the Civil War. Not a word has been cut out. Although fictional, this book is based on established historical facts. No less an authority than President Thomas Jefferson wrote, " A] woman who brings a child every year is more profitable than the best man. What she produces is an addition to the capital, while his labors disappear in mere consumption." The novel takes place in 1832 on Falconhurst, a fictional plantation in Alabama. This book was the first of a series of fictional works, including plays, movies and TV shows by various authors, all of which take place at Falconhurst. In the movie version, Mede, the male slave whose job it is to impregnate the female slaves (a good job), is played appropriately by Ken Norton, who was World Heavyweight Boxing Champion in 1978, defeating Muhammad Ali. In the movie version, he is ordered to fight another slave and, of course, wins.