Pretty In Preach: His Weapon Her Blessing (Paperback) 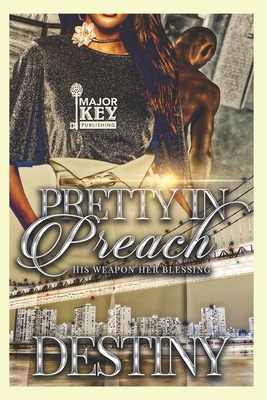 Staci Bernard, the ambitious and beautiful jewel of the California church circuit, began rising in the ranks since she was a teenager. She always had dreams of becoming a pastor one day, despite the fact that she was a woman. Following the death of a beloved preacher in Watts, California, she is appointed the pastor of Center of Praise COGIC. The transition isn't easy at first because most churchgoers still have a hard time believing that a woman is capable of filling the shoes of the late Bishop Mattison. However, her position as pastor is further overshadowed by her glaring single status. Staci wants to be married but now that she is a pastor, she knows it will be much harder to find, "the one." After a brief stint of Christian online dating, Staci meets Marcus, an aspiring minister from Los Angeles. He's tall, handsome, well-spoken and saved. After he sweeps her off her feet, Staci is sure that she's found the man God sent to help her take on the task of her growing church. Unfortunately, Marcus isn't as progressive-thinking as Staci thought and plans to shake up God's house. Rumors, lies, and deception overshadow Staci's term as an esteemed pastor. The man Staci thought was in love with her might be the only one standing between her and pastoring the church she loves. Will Staci remain in the pulpit as the first female COGIC pastor in history, or will she be misled by the trap the devil in disguise laid out for her?